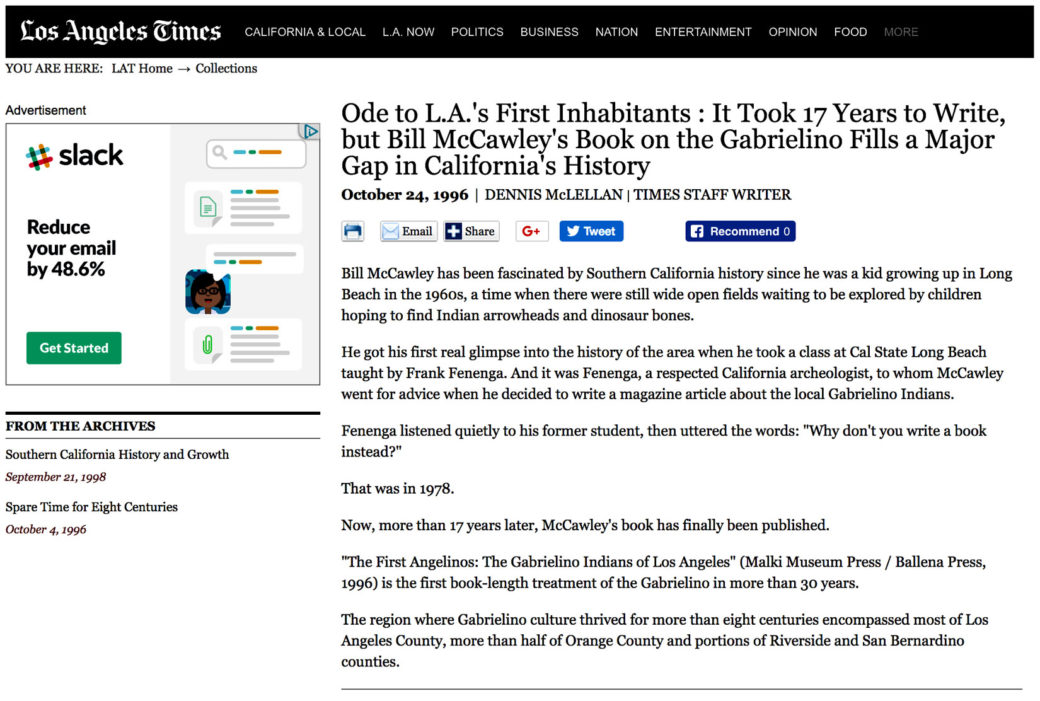 Ode to L.A.’s First Inhabitants : It Took 17 Years to Write, but Bill McCawley’s Book on the Gabrielino Fills a Major Gap in California’s History

Bill McCawley has been fascinated by Southern California history since he was a kid growing up in Long Beach in the 1960s, a time when there were still wide open fields waiting to be explored by children hoping to find Indian arrowheads and dinosaur bones.

He got his first real glimpse into the history of the area when he took a class at Cal State Long Beach taught by Frank Fenenga. And it was Fenenga, a respected California archeologist, to whom McCawley went for advice when he decided to write a magazine article about the local Gabrielino Indians.

Fenenga listened quietly to his former student, then uttered the words: “Why don’t you write a book instead?” – That was in 1978. Now, more than 17 years later, McCawley’s book has finally been published.

“The First Angelinos: The Gabrielino Indians of Los Angeles” (Malki Museum Press / Ballena Press, 1996) is the first book-length treatment of the Gabrielino in more than 30 years.

The region where Gabrielino culture thrived for more than eight centuries encompassed most of Los Angeles County, more than half of Orange County and portions of Riverside and San Bernardino counties.